In the 21st century, unified Germany has become the economic and political leader of the European Union. It is also one of the main partners of the U.S. in an increasingly internationalized world. So your German degree will give you the competitive edge you’re looking for as a job candidate and valued addition in the workplace.

The language courses that you will take as a German major have been designed by a professor trained in language-learning techniques who is committed to integrating new media such as wikis, blogs and podcasts into basic courses. You will develop the language and cultural awareness skills necessary for work or study in German-speaking countries.

During your coursework, you will combine practice in reading, listening, speaking and writing about themes of general interest and about topics related to business and other professions. You will also be able to engage in a high degree of professor-student contact and develop a sense of belonging that can facilitate all other aspects of the learning experience.

B  B.A. with a major in German

The Department of Languages, Literatures and Cultures focuses on the teaching of foreign languages, their associated literatures and global culture. Students learn from native speakers, benefit from innovative Web-based programs where they interact directly with their peers in other countries and study with professors who have written the books they use in courses. The department of languages, literatures and cultures is one of the largest and most active in the College of Arts and Sciences.

The following courses fulfill some of the requirements for a Bachelor of Arts in German:

Our Office of Undergraduate Admissions provides the most current information on the application process so you can check the requirements based on your current status and find university scholarships.

In addition to the undergraduate program, the College of Arts and Sciences also offers a Master of Arts in German.

Application information for this degree is available through The Graduate School.

The Graduate School administers the application process for all of the university's doctoral, master’s, certificate and dual degree programs. Take a look at what you will need to do before you apply.

A major in German can prepare you for careers in:

VIEW ALL AREAS OF STUDY » 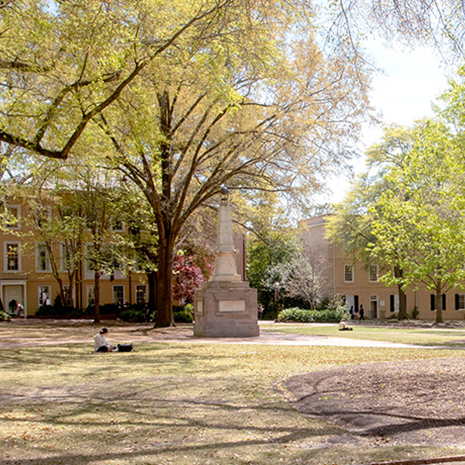 While we would rather meet you in person on our historic Horseshoe, there are many ways to visit campus and connect virtually to learn about all the university has to offer.